However, this recursion would go on forever subsequently crashing the computer. We need a condition to break the infinite execution:

Recursive devision of areas or volumes 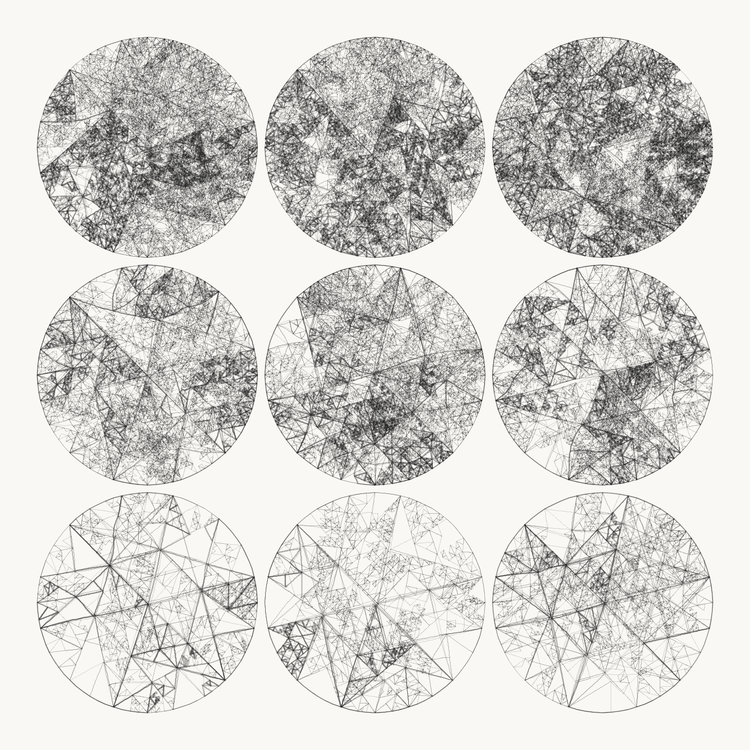 We can realize a similar approach in P5 using recursions to divide the area of triangles.

Fractals have been defined by Benoit B. Mandelbrot in 1975 in his work “The Fractal Geometry of Nature”. Fractals are a rough or fragmented geometric shape that can be split into parts, each of which is (at least approximately) a reduced-size copy of the whole.

The simplest examples of self-similar objects are lines, parallelograms (including squares) and cubes, because they can be broken down into smaller copies of themselves by cuts parallel to their sides. However, these are not fractals, because their similarity dimension and Lebesgue's overlap dimension are the same. An example of a self-similar fractal is the Sierpinski Triangle

The algorithm that produces a Sierpinski Triangle can be described relatively simple:

Plant-like structures can easily be simulated be recursive functions. Here is a version in P5:

The generative cover illustration for ›neues museum 20-1/2‹. I did the recursive tree-like structure in Processing and added some geometric calculations, that led to additional volumens and objects in the structure. I exported the generative object from Processing and used Octane Render for materials and the rendering.

Another interesting algorithmic way of generating images is circle packing. It can be realized in P5 by including 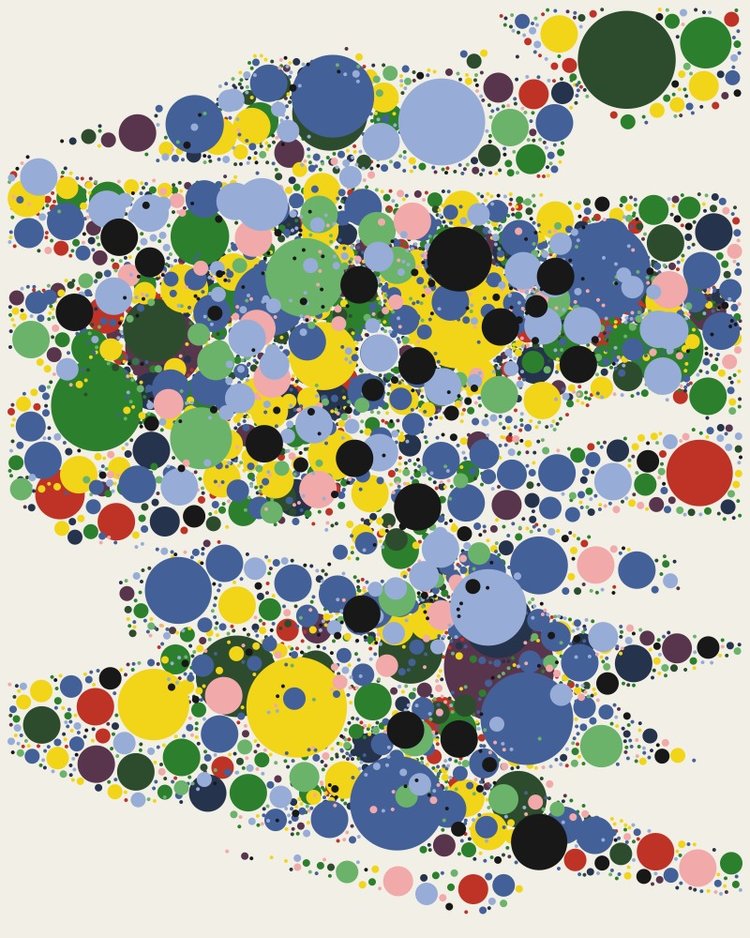 Assignment: Leaves and Forces
Use what you learned from today`s class and the last session to code a recursive tree using objects for each branch. Can you animate the tree, when you store each branch and the coordinates of the nodes in the objects (and them in an array)?